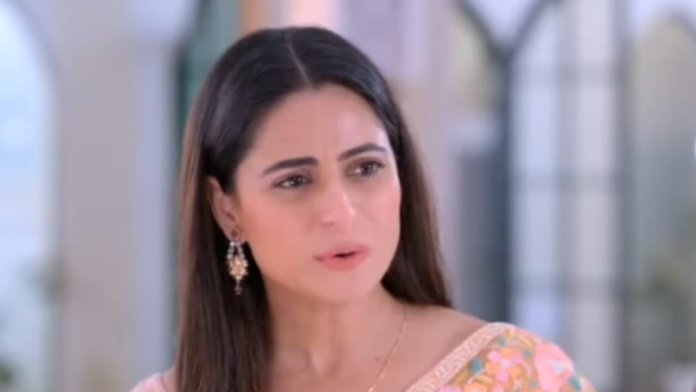 Star Plus popular daily soap Ghum Hai Kise Key Pyaar Meiin is all set to serve the audiences with a high voltage drama, along with the ongoing plot. Previously, Sai and Pakhi created a havoc and the latter accuses Sai for torturing her.

Sai demanded Pakhi to sign a paper regarding the rights of the baby, but the latter denies to do it. Sai involved their neighbours for the unbiased opinion, while Virat scolded Sai for creating a mess. He looked after Pakhi, while the latter takes a huge decision and left the house.

In the current track, Ashwini consoles Sai and ask her to be gentle towards Pakhi as she is carrying their child. She also advice her not to ruin her relationship with Virat because of Pakhi. Sai shares her problems with Ashwini and fells light. Whereas, Virat denies to support Sai’s decision.

Here, Ashwini gets worried as she couldn’t able to find Pakhi. She searches in the whole house and ask other members also to search for her. They all gets worried for Pakhi and prays to the God for the safety of her and the baby.

Bhavani along with Sonali and Omi accuses Sai for Pakhi’s disappearance, while the latter takes a stand for herself. Virat also supports Sai and says that by taunting her Pakhi won’t return back. He calms his family members and ask his officer to find the location of Pakhi.

Ahead, Virat gets shocked seeing the address where Pakhi was and decides to go to bring her back. Sai tells that she will also go along with him, but Bhavani denies stating that she will again start torturing Pakhi. Ashwini and Ninad makes Sai understand about the critical situation.

Ashwini takes a promise from Sai that she won’t ask Pakhi to sign any documents while the latter agrees and assures that she will do everything to bring Pakhi back to the house. She joins Virat and gets shocked seeing that Pakhi is in Mahabaleshwar.

Later, Virat and Sai reaches Samrat’s orphanage and gets shocked learning that Pakhi went towards the mountains with Samrat’s photoframe. They sees her walking towards the edge of the cliff and shouts to stop her, but she keeps moving. Virat runs and saves her from jumping down the cliff while Sai also comes there being tensed.

Now in the upcoming episode, Pulkit will check Pakhi and assures that the baby is perfectly fine and is out of danger. Everyone will get elated learning about it, while Pakhi taunts Sai stating that since she left torturing her, everything gets fine.

Sai will start going away from there, while Virat looks at her. At that time Sai will feel dizzy and was about to fall when Ashwini holds her. Everyone will get concerned, while the latter says that maybe Sai is also pregnant. Pulkit will get elated, while Pakhi will become shocked.

Will Pakhi gets successful in her cunning ploy?