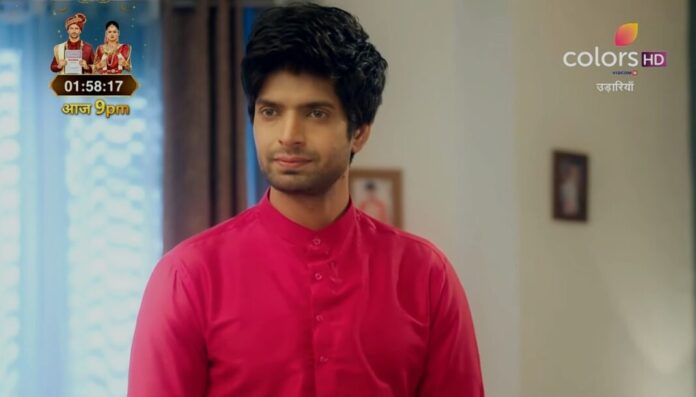 Colors TV’s popular show Udaariyaan is gearing up for more drama with Advait taking Nehmat’s side against Shamsher.

Previously, it was seen that Ekam was shocked and became furious after seeing the news about Nehmat and Advait going to be parents on the TV. Nehmat boldly said to Shamsher that he was wrong to use her to save his political image and career.

She firmly refused to lie to her family that she was pregnant. To everyone’s surprise, Advait took Nehmat’s side and supported her decision. He said that Shamsher should have talked to him and his wife before lying. He refused to force Nehmat to support Shamsher’s lie.

Shamsher got furious and rebuked Advait. Later, Naaz visited Mallika and tried to instigate her to take revenge on Nehmat for snatching Advait from her.

Ekam was still furious and he vented out his anger at his subordinates’ officers. He got Harleen arrested when she came to meet him at an accident spot.

In the upcoming episode, it will be seen that Advait will make space in his cupboard for Nehmat’s clothes and will invite Nehmat to keep her clothes in his cupboard. Further, Advait will express his guilt for misbehaving with Nehmat and will say that he also wants to try to accept their marriage like Nehmat.

Nehmat will be surprised by Advait’s changed behavior and will wonder whether he has really changed or if it’s his new plan. On the other hand, a guilt-ridden Ekam will get drunk.

He will blame himself for ruining Nehmat’s life. Harleen will hug him and will try to console him. She will think of making Ekam forget Nehmat with her love.

What will happen next? Does Advait really change?