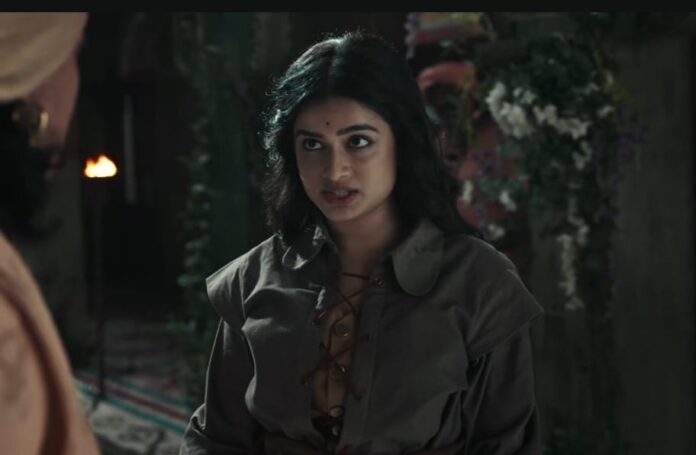 Star Plus new historical show “Virodhi” is grabbing the attention of the audiences. Viewers are loving the performances of the actors, whereas the real-life story of Baxi Jagabandhu is keeping them hooked to their television screens.

In the current track, Baxi along with his soldiers gets furious seeing the way Geoffrey treated their king Mukunda. Geoffrey declares that there won’t be any rights of Mukunda in the Jagarnath temple. He insults them with his words, while Baxi gets anxious. Later, they takes their King along with them, while Geoffrey learns about Baxi from Patnayak.

Here, Radha consoles Mukunda’s wife and ask her to be strong for him. She also comforts Baxi, who then praises her for her quality and says that he is preparing to defeat the British. She encourages him and latter gets emotional stating that he have to sacrifice everything in order to fight against the Britishers. She declares that she will always be with him.

Badamba ask Kalyani to get married but she denies. She insists him not to agree with Geoffrey but latter says that he have to do it in order tk protect his kingdom people.

Geoffrey ask Charan Patnayak to make an announcement, while latter gets shocked reading it. He advice not to do it, but Geoffrey says that he wants to see fear in Indian eyes.

Further, Geoffrey comes there but Kalyani declares that they won’t accept his deal. He ask her to think wisely, but she stays firm on her decision and faces him with fierce.

Now in the upcoming episode, Suwarna will advice Baxi to get help from other kingdoms. He will recall Badamba’s name and will go there. Kalyani will stop him pointing a sword, while they both will fight with eachother. Her face will get revealed, whereas he will tell her about the problem. She will say that her kingdom doesn’t need any help. Whereas, he will question that what if Geoffrey will do the same with her kingdom?

Will Baxi be able to defeat the British?
Will Kalyani agrees to marry?
What Geoffrey will do next?

Stay connected with us for more news, Spoilers and written updates of Vidrohi.

Vidrohi Upcoming Story: Will Kalyani be able to save Badamba?