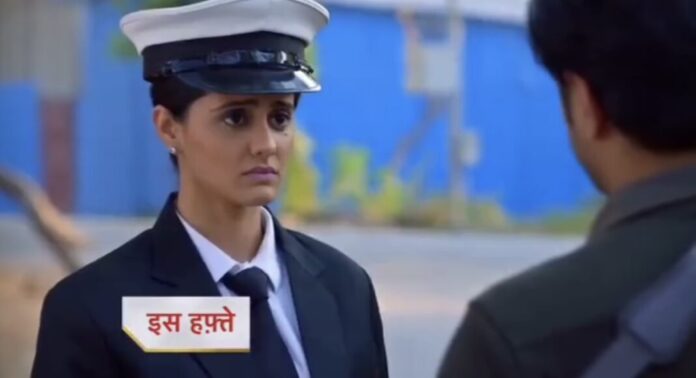 Star Plus popular daily soap Ghum Hai kise Key Pyaar Meiin is all set to serve the audiences with a high voltage drama, along with the ongoing plot.

In the earlier episode, Sai shows her gratitude towards the God for Virat’s recovery. She makes his favourite Modak and talks to herself in order to share her pain. She hallucinates her father and tell him about her mistake. She reveals how she couldn’t able to support Virat and have betrayed his trust. She pours her emotions out.

Here, Sai’s father assures her and boosts her with confidence. He says that she have the power to get forgiveness from him and ask her to try her best. He reminds her about how stubborn she is and ask to go behind Virat, till he accepts her apology.

Ashwini tries to talk to Virat and accepts that they have done huge mistake by not trusting him. She cries pouring her pain out, while he reminds her that how she disowned him. She regrets the way she doubted him, but he denies to forgive them.

Ahead, Ninad also tries to explain their situation and tells that they were unaware of the truth, to which Virat replies that he was doing everything to protect them from getting arrested and that is why he haven’t told them the truth. He states that they trusted Sai more then him and have broken all their ties with him.

Virat mocks Mohit stating that he must be happy after seeing Shruti inside the jail. He bends his head down in shame, while Virat says that he don’t want to keep any touch with them. Whereas, he also taunts Samrat and says that he haven’t trusted his brother. Meanwhile, Devyani apologises to him and says that she is guilty for doubting him.

Later, Devyani requests Virat not to hate her, while Pulkit comes there and notify Virat how Sai have risked her life to save him. He reminds Pulkit that he have blamed him for kidnapping Sai, while latter feels guilty. Virat declares that he don’t want to keep any relationship with his family, making th shocked.

Now in the upcoming episode, Virat’s friend will see a decorated car and tells him that his family have sended it to pick him up after the discharge. Whereas, Virat will notice Sai coming out of it wearing a driver’s costume. He will ask her to leave him alone and goes away from their being furious. Sai will smile and says that she knows where he can go. She will determine to convince him.

Will Sai and Virat reconcile?
Will Chavans be able to get Virat’s forgiveness?